Unfortunately, you are not of legal age to view this content.

By entering this site, you confirm that you agree to and understand our terms and conditions of entry.
Skip to content

Want to save 10% off of your purchase?

It's easy. Simply share your unique referral URL link with friends. When someone signs-up and makes a purchase using your link, we will automatically apply a 10% discount to your next purchase! 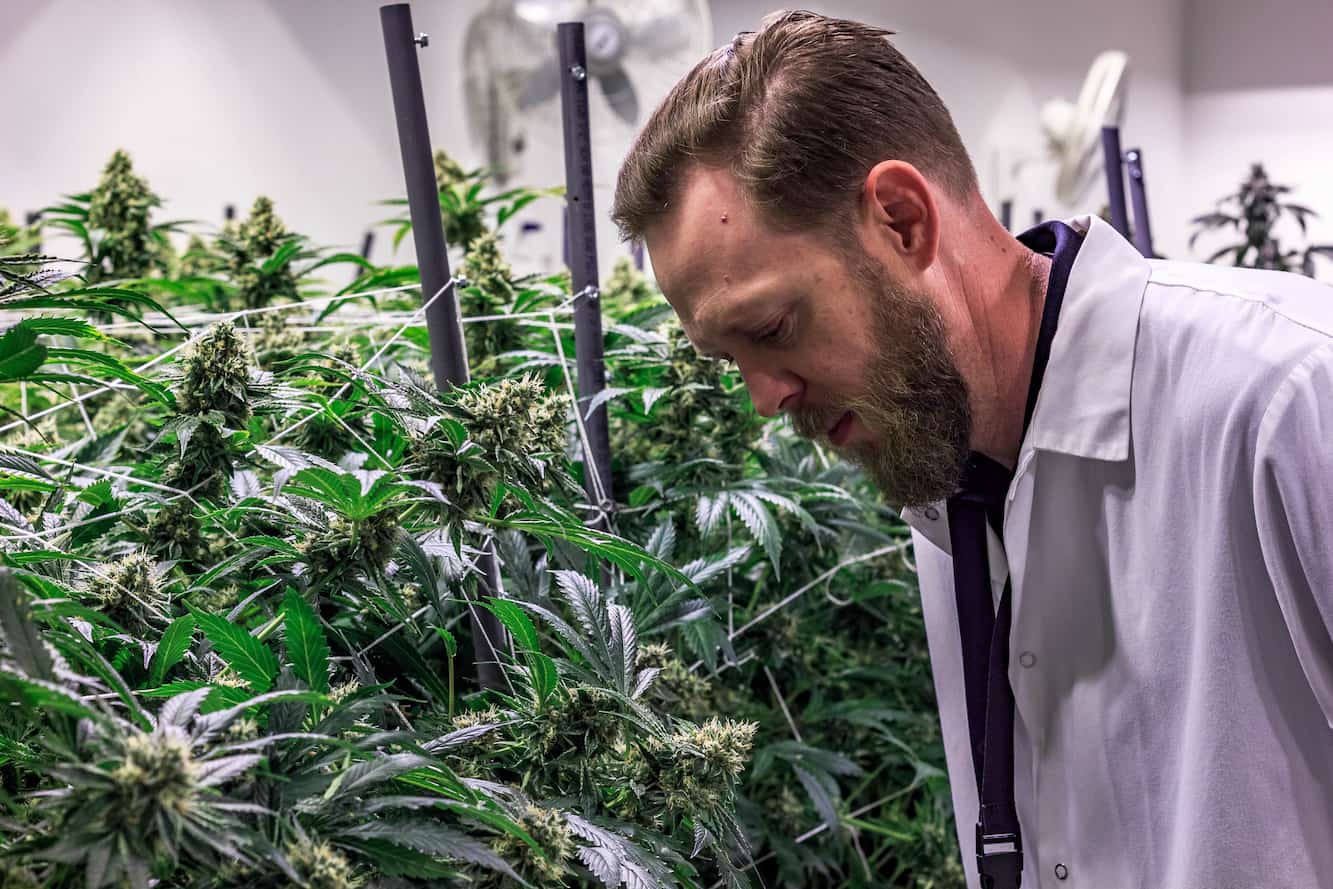 Why high THC count plays a far lesser role than you think it does – you’ve been lied to.

“What strains do you have with high THC?” – If we had a dollar for every time we got asked this question, well, we would be a very rich company, indeed.

Don’t feel silly. This is a common mistake made worldwide. THC strains with over 25% THC often sell much faster than those in the teens. If a strain comes in lower than 25%, well, it better be cheap. And for this reason, many dispensaries and delivery services have been artificially inflating THC counts above 25% to manipulate the consumer into thinking they are getting a great product.

THC, short for tetrahydrocannabinol, is widely known as the culprit behind cannabis’s psychoactive effects. For this reason, cannabis users often make the mistake of thinking that a strain with a higher THC count will have stronger effects. It only makes sense, right?

Ask cannabis users which strain hits them the hardest and you will receive a wide variety of answers. If you look at the THC contents of those strains, the levels will differ drastically. That’s because THC is far from the only thing in cannabis that affects how you’ll feel after using it. Cannabis has over 420 known compounds, and all of these compounds can affect how a certain strain makes you feel.

Many of these compounds play a role in how you’ll feel, however some compounds play a much bigger role – two major players are cannabinoids and terpenes. Another major factor is your body’s own ECS – a complex regulatory system.

A February, 2020 article from Essence Vegas explains this well:

“The ECS is a complex regulatory system we all have in our bodies. While the research surrounding the ECS is still in its infancy, preliminary research shows that the ECS may play a role in regulating many nervous system processes, like appetite, mood, and pain.

As you can you see, how a strain will affect you goes far beyond it’s THC count. The reality is, not only does THC content have nothing to do with how “good” the weed is, as recent research conducted by the University of Colorado and published in JAMA Psychiatry found, THC content is also a very poor indicator of potency. In actuality, high THC weed doesn’t even get you more high!

Researchers separated cannabis users into groups, each receiving cannabis with different THC levels – or what they believed to be different “strengths”. They even went as far as supplying one group with concentrates containing up to 90% thc.

Researchers then checked study participants’ blood and monitored their mood, cognitive function, and intoxication level before, immediately after, and one hour after use. As the researchers expected, the concentrate users had very high levels of THC in their bodies after use. But they weren’t “more high.”

In fact, every participants’ self-reported “highness” was about the same—“as were their measures of balance and cognitive impairment,” as CU noted in a news release. Medium THC flower, high-THC flower—all the same high! This was not what the researchers were expecting.

They expected the high THC group to be much more affected. Had people had such a high concentration of alcohol in their system, the difference would be clearly evident. With THC? Not the case at all.

So why is this lie being perpetuated? Because laws surrounding cannabis, science has been delayed, allowing assumptions and sales tactics to determine the conversation around cannabis and it’s effects.

Some of the most amazing strains we have ever had the privilege of smoking, have come in at around 19% to 20%. However, customers seem to gravitate to the strains with astronomical THC counts. It doesn’t help that some merchants have noticed this and taken advantage of the misinformation.

Take a look at some dispensaries menus and you’ll find a strain like Trainwreck, with an average THC content of 18%, listed at 28% THC.

Why? Because consumers mistakenly believe that the higher the THC, the better the quality. But please, don’t take our word for it. Refer to the resources below that support our argument.

High THC cannabis will not get you higher. People just think it does – and dishonest vendors know this.

Science Reveals The Cannabis Industry’s Greatest Lie: You’re Buying Weed Wrong (And So Is Everyone Else)
https://www.forbes.com/sites/chrisroberts/2020/06/16/science-reveals-the-cannabis-industrys-greatest-lie-youre-buying-weed-wrong-and-so-is-everyone-else/

If You’re Buying Your Weed Solely Based on the THC Level, You’re Doing it Wrong.
https://medium.com/trykecultivator/if-youre-buying-your-weed-solely-based-on-the-thc-level-you-re-doing-it-wrong-ec5422d4ddfd

Head back to The Word on the Street

No products in the cart.

Add any 7g or 14g cannabis option, and start building an ounce.

In case you're unsure how it works, we've included an instructional video to help guide you through the process.

Note: If you have returned to the site and/or your discounts are not visible, add or remove a product and our platform will re-calculate your totals.

The purpose of our exclusive BUILD AN OZ feature is to give our customers the ability to try a variety of strains at a fair price. While the majority of the time this leads to big savings, if a product is already on sale, you may not notice a discount. This is because the 7g and/or 14g items are already heavily discounted.

This isn't a bad thing - it just means you already have an amazing deal in your cart!

Freedom of choice, made simple.
The way it should be.