Want to save 10% off of your purchase?

It's easy. Simply share your unique referral URL link with friends. When someone signs-up and makes a purchase using your link, we will automatically apply a 10% discount to your next purchase!

Born in the West. Burned in the East. 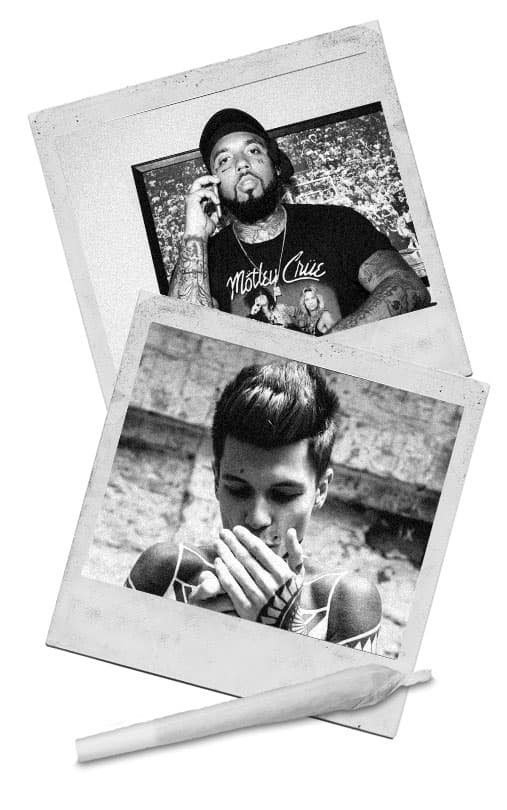 You know the saying – “if you don’t like something, do something about it”?

That is exactly how Smoke & Sativa was born. A handful of close friends in a city on the Westcoast got tired of getting swindled with bush weed and decided to take action.

Long before legalization, back when everyone had the “bomb, bomb”, but always came up short. A time when you could throw in on a gram, create an entire joint from one single cigarette package and still have enough money to buy a Mountain Dew. A group of teenagers did what teenagers did best – got high and bitched about not having a decent dealer in town, someone that stood behind their product.

A chance encounter with a supplier shortly after raised the question – what if we stopped bitching about it and did it ourselves? And that they did. Motivated by their disdain for greedy, unethical dealers, the teenagers invested every penny they had into a pound of the dankest bud they could get their hands on. Shit was fire – so surely it would sell, right?

Wrong. Their peers already had their “guy”.

This group of friends were honest, experienced smokers with an amazing product, but salesmen they were not. A good product doesn’t always sell itself, especially when that product threatens the status quo. The competition got nervous, false rumors of poor quality were maliciously created and the people continued buying bunk weed at inflated prices. They smoked their inventory and shelved the idea – broke and disappointed (albeit, very high).

That same year (and equally as high), one of the teenagers found himself sitting in front of the TV at 3am. “30-day guarantee or we will refund your money in full”. Despite not having the need for a battery-powered, waist-slimming belt, the writing was on the wall (figuratively speaking, of course). What if we offered a guarantee? Rather than dazzling the customer with false promises and bashing our competitors like its election season – what if we offered to provide a full refund?

And that is exactly what they did. Their peers couldn’t resist the concept.

“You mean to tell me that I could essentially smoke a spliff and if I don’t like it, you’ll give me back every penny invested? I’m in.”

Sales grew exponentially and word of the guys with the craft-grade, unique herb spread like wild-fire (pun-intended). Within weeks they had 100’s of customers and not a single refund was requested. The competition caught wind and decided to try the same tactic, often claiming to be one of the founding members. It became clear they needed to protect their reputation.

From that moment, Smoke & Sativa was born. The guys created unique, custom apparel, packaging and even a website to help answer questions – an innovative tactic that was previously unheard of. The brand quickly became synonymous with quality, 5-star service, a ground-breaking return-policy and… as a brand reserved for the experienced smoker.

What is the moral of this story?

Since day one we have refused to sell sub-par marijuana, despite the increasing demand for budget ounces and discounted strains.

Why? Because we stand behind our products 100%. We have never purchased paid advertising, nor do we engage in mass-marketing tactics. Our products and our customers are our marketing campaigns.

We love cannabis. We love our jobs. We love this brand.

No products in the cart.

Add any 7g or 14g cannabis option, and start building an ounce.

In case you're unsure how it works, we've included an instructional video to help guide you through the process.

Note: If you have returned to the site and/or your discounts are not visible, add or remove a product and our platform will re-calculate your totals.

Freedom of choice, made simple.
The way it should be.